The article highlights progressive ideas of the national-patriotic education of children and youth in activity and creative heritage of Mykhailo Baznyk. The analysis which is based on pedagogical activity and creative heritage of the Galician pedagogue let the author emphasize such tasks of educating modern young generation as: love and respect for the native language, knowledge of the history, customs and traditions of own people. There have also been proved the importance of M. Baznyk`s creative work which contributes to the development of the pedagogical process and meets the present time demands. Modern scholars are increasingly turning to the achievements of pedagogical thought of 1920’s and 1930’s. During this period, the issues of school and education take the first place, and the theoretical foundations of the national school are being developed. The credit for this goes, first of all, to selfless laborers in the field of education whose work contributed to the national progress. These include the Galician pedagogue Mykhailo Baznyk who managed to survive the difficult living conditions in a foreign country, hard war and postwar years and to multiply the centuries-old legacy in the field of national education of children and youth. The lack of research on this topic in the Ukrainian historical and pedagogical science gave impetus to an in-depth analysis of his pedagogical heritage. The scientific views of Mykhailo Baznyk in the field of pedagogy and psychology, his fruitful and tireless work aren’t duly recognized. Mykhailo Baznyk belongs to those cultural and educational figures of Galicia who contributed to the cultural and educational development of the people. 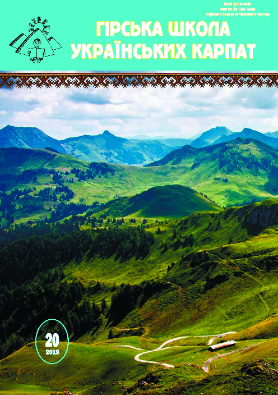