The article deals with the notion of conciliation in criminal law in the light of the restoration (mediation) approach.

The legal basis for the introduction of the restoration (mediation) approach in the national legislation certainly lies in the institution of conciliation.

Conciliation, in a wide sense, may be regarded as a condition and an activity. In criminal proceedings, conciliation combines both components, with alternating prevalence of one of them depending on the regulation of criminal procedural relations.

It is the absence of such methodological approach that has so far hampered the development of a universal notion of conciliation. Conciliation as a criminal law institution is regarded within criminal legislation in the following meanings:

1) it is a basis for exemption from criminal liability and termination of criminal proceedings (Art. 46 of the Criminal Code of Ukraine and Part 4 of Art. 56 of the Code of Criminal Procedure of Ukraine) in combination with indemnification;

2) it is a kind of separate phenomenon, not sufficient ground for exemption from criminal liability and not included in the framework of any other substantive law institution. For instance, according to Art. 66 of the Criminal Code of Ukraine, sincere remorse and voluntary indemnification or elimination of damage are mitigating circumstances. When determining punishment, a court may also consider other circumstances as mitigating, including conciliation. Hence, conciliation may also exist beyond the institution of exemption from criminal liability due to conciliation. In comparison with the above mentioned, the difference lies in the fact that the victim's will does not result in the termination of criminal proceedings. Thus, although conciliation as a condition may be reached here, it does not always result in explicit legal consequences (except for a verdict approving the conciliation agreement and determining the punishment agreed by the parties to a criminal legal controversy) and depends on the court's will.

In view of the fact that conciliation and indemnification or elimination of damage are separate and not uniform categories, the combination of which is necessary for the establishment of the institution of exemption from criminal liability due to conciliation with the victim, provided for by Art. 46 of the Criminal Code of Ukraine, one can draw a well-grounded conclusion that indemnification is inseparably linked with conciliation as an action. Therefore, for criminal law, conciliation is only significant as an activity.

Mediation may be regarded as a full-fledged legal institution if it is fixed in criminal law and criminal procedure in a certain procedural form.

We have suggested our own view of the notion of conciliation in criminal law, which is regarded as a legal condition resulting from the settlement of a criminal legal controversy, where the victim renounces the claim for criminal liability of the offender or agrees with the latter on the punishment, and the offender, in cases provided for by law, indemnifies or eliminates the damage caused. 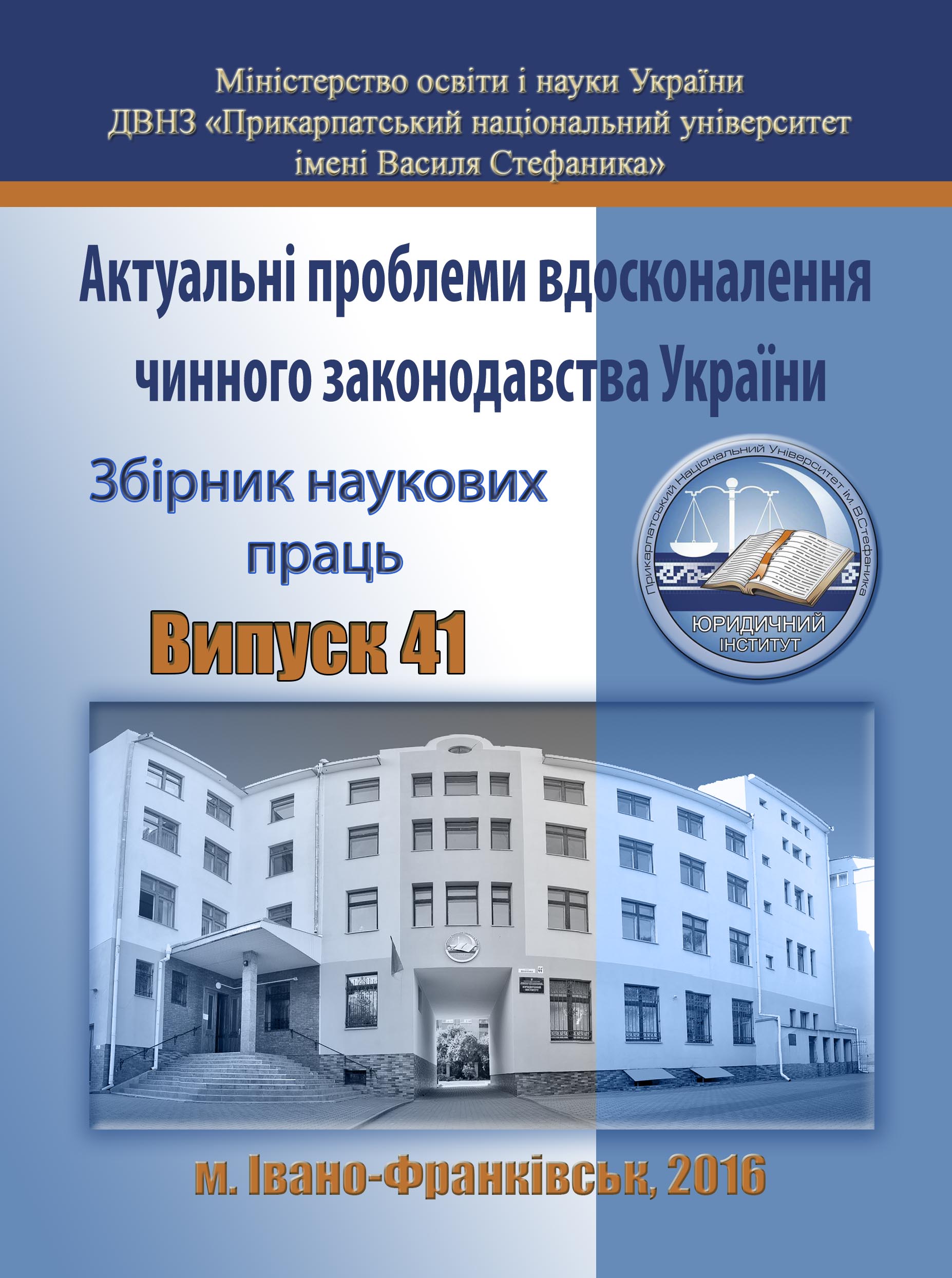