The article deals with the important issue of criminal law in the field of the protection of critical infrastructure objects by criminal and legal means, which, as an object of criminal and legal protection, are envisaged in the disposition of Article 113 of the Criminal Code of Ukraine. It also concerns problematic aspects of criminal liability for sabotage, one of which is unjustified use of plural in Article 113 of the Criminal Code of Ukraine, when formulating the objective side of this crime. Due to the presence of a large number of forms of the objective side and the lack of the same understanding of the time of the end of such a crime by well-known and authoritative researchers in this area, the differences that arise in the part of establishing the moment of the end of such a crime, and the problems of assigning sabotage by individual scientists to crimes with material, formal and, in some cases, with truncated content have been analyzed.

The attention is paid to certain difficulties regarding the criminal and legal qualification of sabotage in the event that such actions led to the death of people, causing them physical injuries, destruction or damage to objects of economic or defense significance. One of the features of the subjective aspect of this crime is analyzed, namely, the purpose which is a demarcation sign with other types of crimes, the limits of punishment for committing sabotage and the problems that arise in imposing punishment.

The analysis of judicial practice and works of scientists engaged in the given subject is carried out. The problem of the expediency of reducing the age of criminal responsibility for committing sabotage, the possibilities of applying criminal and legal measures against legal entities for its commitment by an authorized person on behalf and in the interests of a legal person of is disclosed. It is given the author's vision of improving and making changes in the criminal legislation of Ukraine. 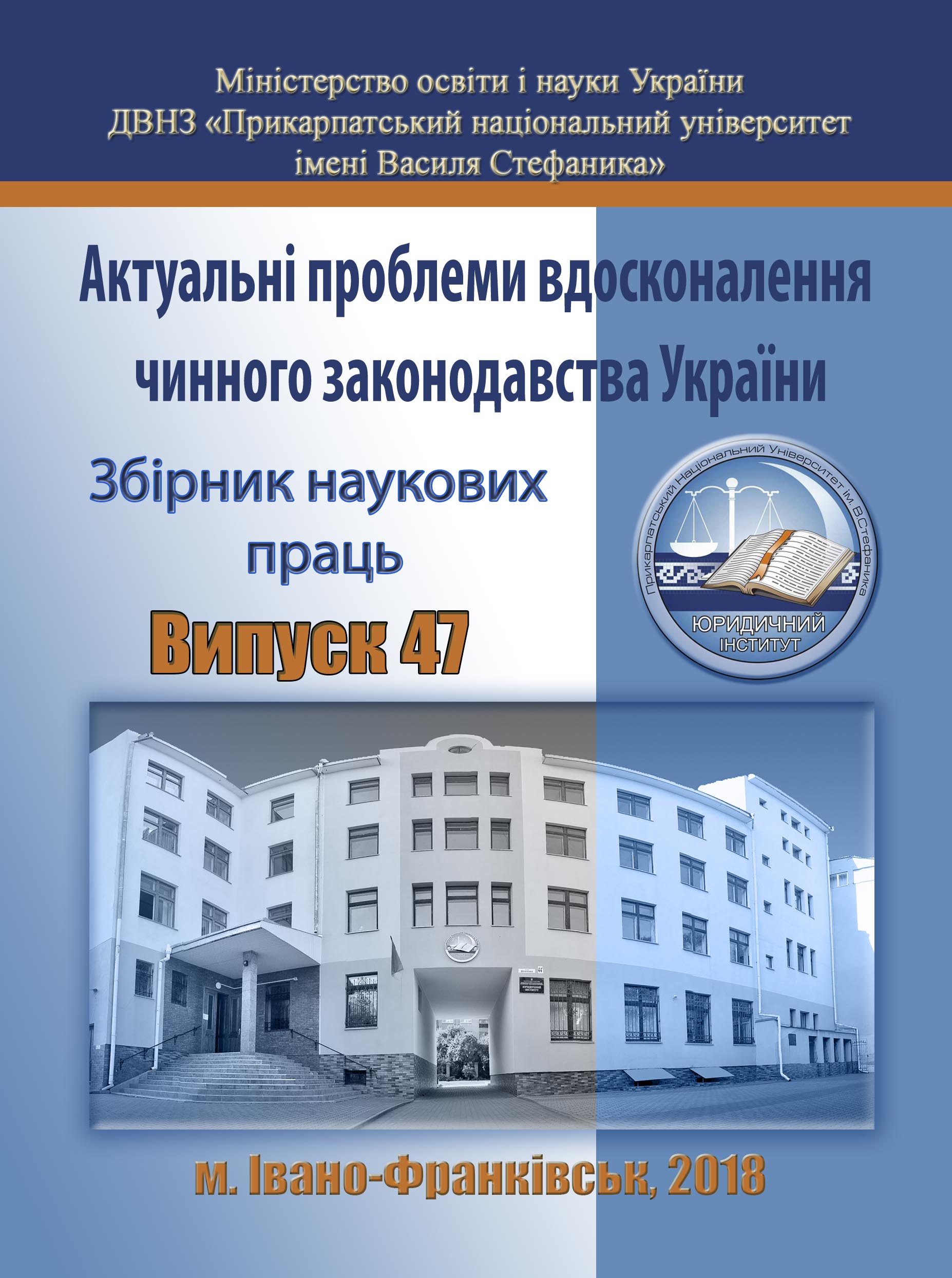